Prompt …then the elephant delivered his speech…

There was an elephant who was the Mayor of Boomtown and his name was Jessy. When his father, Ivor, went into a competition called the Deathball, he died and Jessy became the king of Boomtown.
Jessy promised that no-one would die in Deathball again.

Then the elephant delivered his speech. Jessy said TNT was not allowed to be used in Boomtown because everyone would get hurt and all of the people were upset because they loved explosions.

So Jessy asked the experts to do fireworks and firecrackers so they could all have a celebration and have lots of fun together.

Hi Alex,
I enjoyed reading your story. Well done.
It sounds like Boomtown managed to have a celebration without the use of TNT – Thanks to Jessy.
Good work this week.
Keep writing.

Hey Alex,
I love how the mayor of boomtown made everyone happy by making fireworks and firecrackers!
Something to work on would be maybe quoting what the mayor says or looking for a little bit better vocabulary.
I was really astounded with how well you went and cant wait for future story’s
Come read my story at Hey Milah,
What a great story!
I really liked how you described how the humans felt once the elephant delivered his speech.
Something you could improve is your description of maybe the elephants characteristics or how the other animals reacted to the speech.
Come visit my story at https://zac567mps.edublogs.org/2020/06/20/demolition-derby-part-5/.

Sorry about the middle copyed to much!
Soz

hey Alex,
i really enjoyed licensing to your story the TNT made me laugh a bit, over all it was a great story and i was really astounded by the way you can wright that good in year two and you can read my story at:https://pattrick567mps.edublogs.org/

Hey Alex,
That was a great story I really liked the part where the experts made fireworks and crackers for the boomtown residents.
Something to work on would be maybe quoting the elephants speech or higher vocab
Come visit my story at https://zac567mps.edublogs.org/2020/06/20/demolition-derby-part-5/ 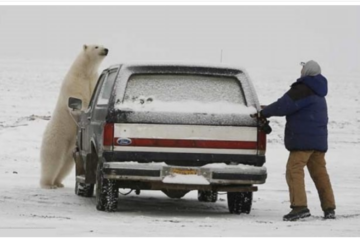 The Elephant Who Didn’t Have Any Food, by Eamon, Year 2