The Threat, by Hayden, Year 6

“Excuse me, may I see some form of identification please?” The agent sounded extremely serious, and I could see as I approached him the beads of sweat that had formed on his shaved head: a sure sign of the stress caused by the recent developments. After all, it wasn’t everyday that aliens landed!
I did as I was told, flashing my badge in front of his eyes. He immediately stood to attention when he saw my name.

“I’m sorry,” he said, “but we have been asking everyone for I.D. ever since it happened.” His tone sounded apologetic. “We’ve completely locked down the entire area. We’ve been waiting for you. What are your orders?”

The reality struck me of why I was here: to investigate this mysterious event. My eyes took in the scene around me. It was like nothing I had ever seen before… There was destruction everywhere I looked; broken windows, chunks missing from buildings and even a fibreglass shark that had fallen off a theatre roof.

People were shocked about what had happened around the city. All the news journalists had come out to look and informed people that they needed to stay inside. They advised that parents should not try to pick their kids up from school as it was not safe to be on the roads.

Meanwhile, while everyone was panicking, the investigation was continuing and the military was now helping too. I was looking for clues as to why the aliens had come to our planet. I found some trails of wheat leading to the main ship. I looked through a window and saw that the ship was full of grain. I realised it must have come from the countryside, because wheat doesn’t grow in the city. Maybe they were trying to find out what we eat or what wheat is? No-one had any clue.

Suddenly, a big bang came from the ship as if it was starting up its engines. Not long after, it was humming and floating away. “Is that it? Really? A giant crash, just for that?” asked a bystander. “Well, that’s disappointing.”

The spaceship flew off and the clean-up began. Some buildings were so badly damaged that the owners decided to knock what was left of them down and rebuild. It took months to clean up but eventually all of the buildings were safe and sound again, along with all of the roads.

I never found out why they came but it was my most enjoyable case ever. 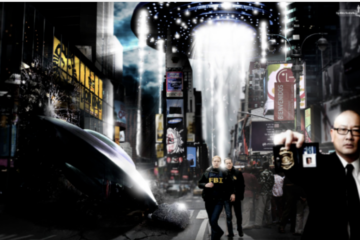 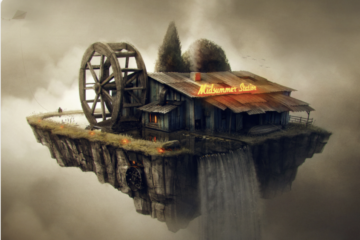 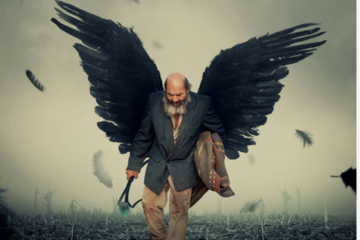